Aion (Greek: Αἰών) is a Hellenistic deity associated with time.
The "time" represented by Aion is unbounded, in contrast to Chronos as empirical time divided into past, present, and future.
The instant contains eternity, it's where all times and spaces converge, where perception comes and consciousness grow.
Aion is where any encounter happens.

At the still point of the turning world. Neither flesh nor fleshless;
Neither from nor towards; at the still point, there the dance is
(T.S.Eliot, Four Quartets, Burnt Norton)

Using body as a threshold to explore the space, the audience can get “in touch” with a virtual presence inhabiting that same space, generating a sound and light interference. 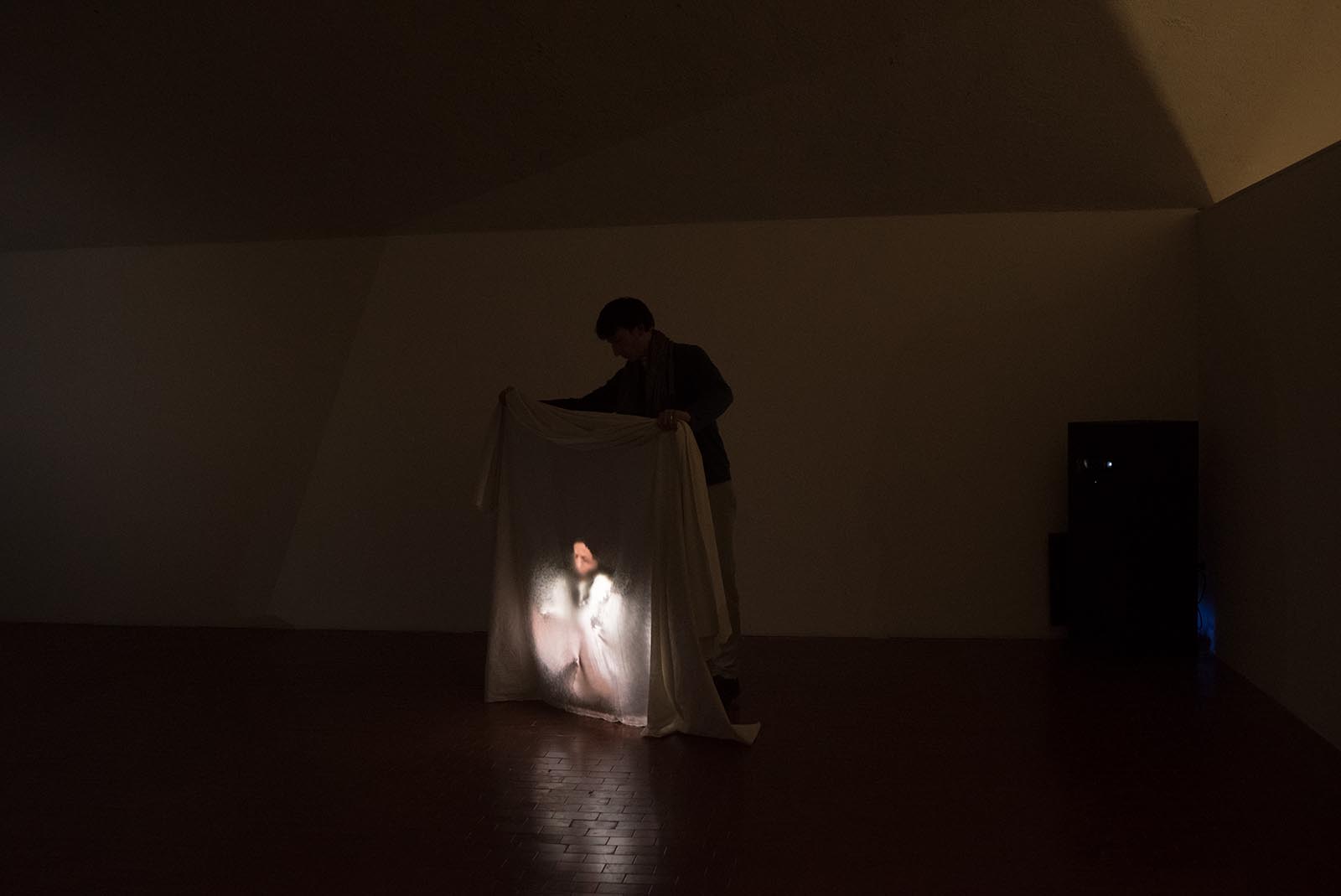 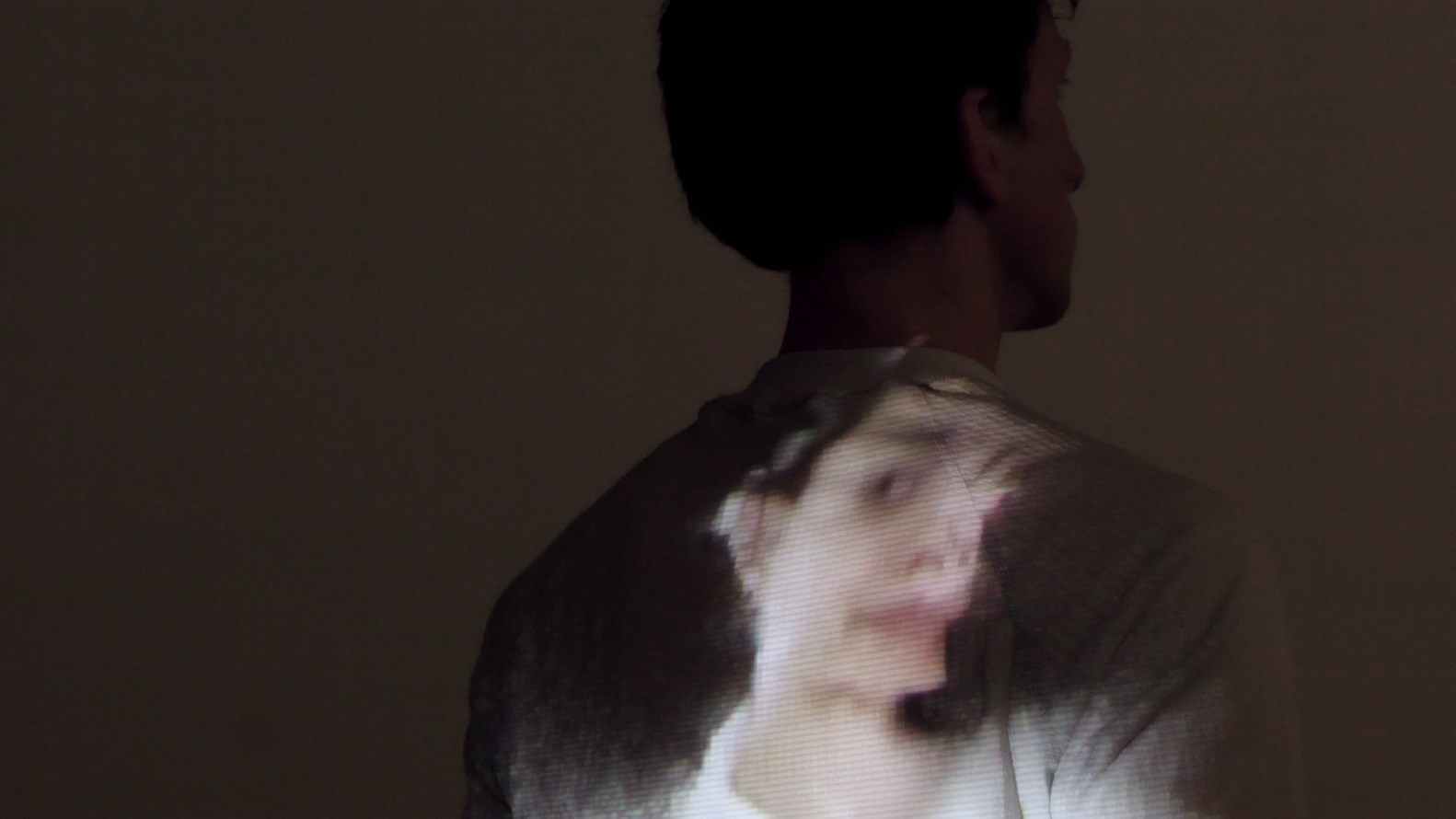 During the production phase a 3D video recording was made using a multiple kinect sensors setup.
The subject of these recordings is a person called “D” that stands or moves inside an empty space.
The same recording setup is placed in the venue of the installation, capturing a real-time 3D video of the objects and people in the space.
A custom software creates a virtual scene where the 3d recording of “D” gets superimposed to the real-time geometry of the venue, allowing “D” to walk side by side with the attendees.
Using realtime ray tracing techniques, the virtual presence of “D” diffuses its own light in the surrounding space, enlightening what is in proximity.
Proximity interference between the virtual presence of “D” and people generate also sound, spatialized on a multi-channel surround system.
Thanks to calibrated projectors the lighting component of the virtual scene is re-projected onto the real world, giving the perception of the presence of “D” in a sort of augmented reality experience.
Therefore, the entity “D” and the installation event, two distant fragments in time, start to interfere-interact. 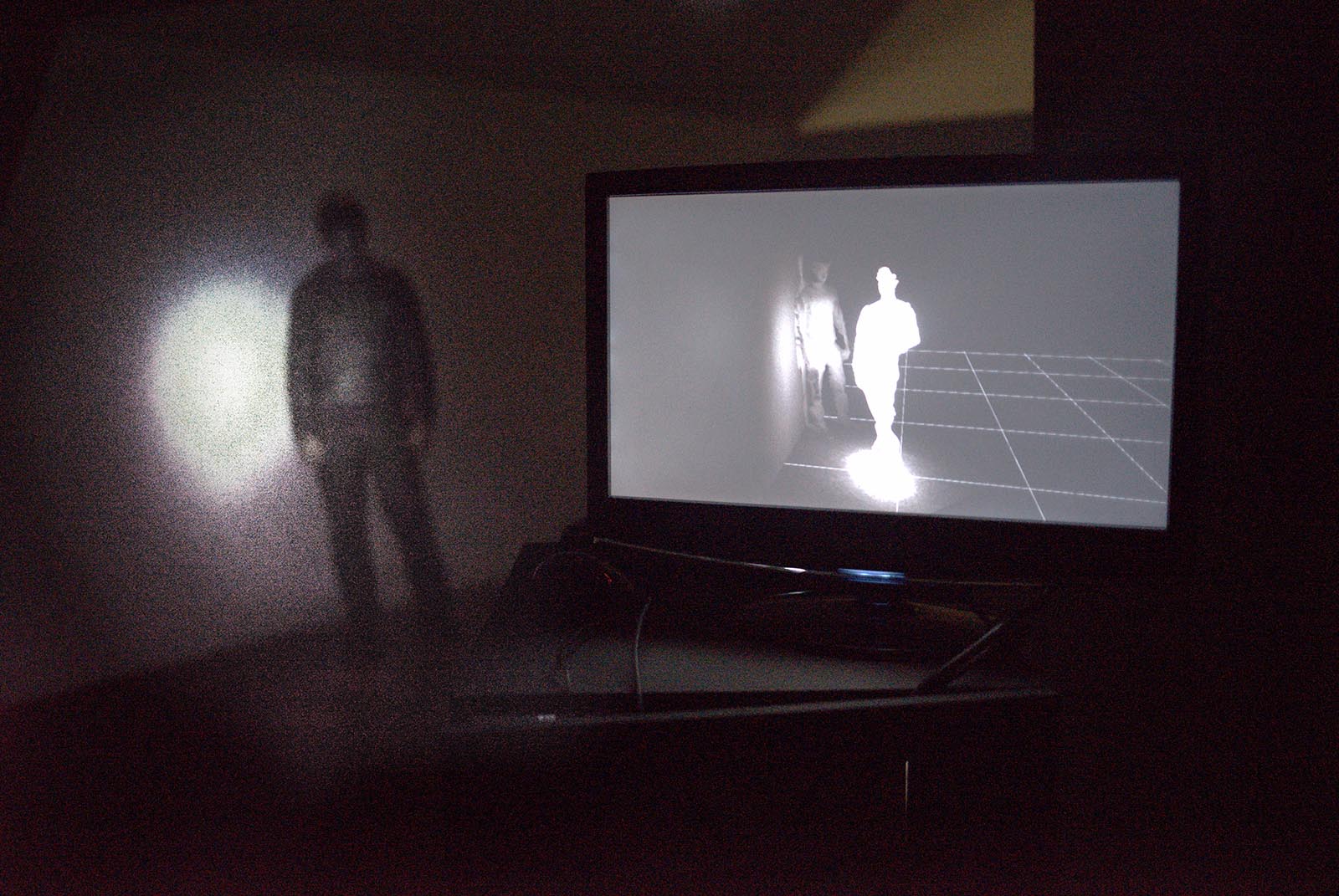 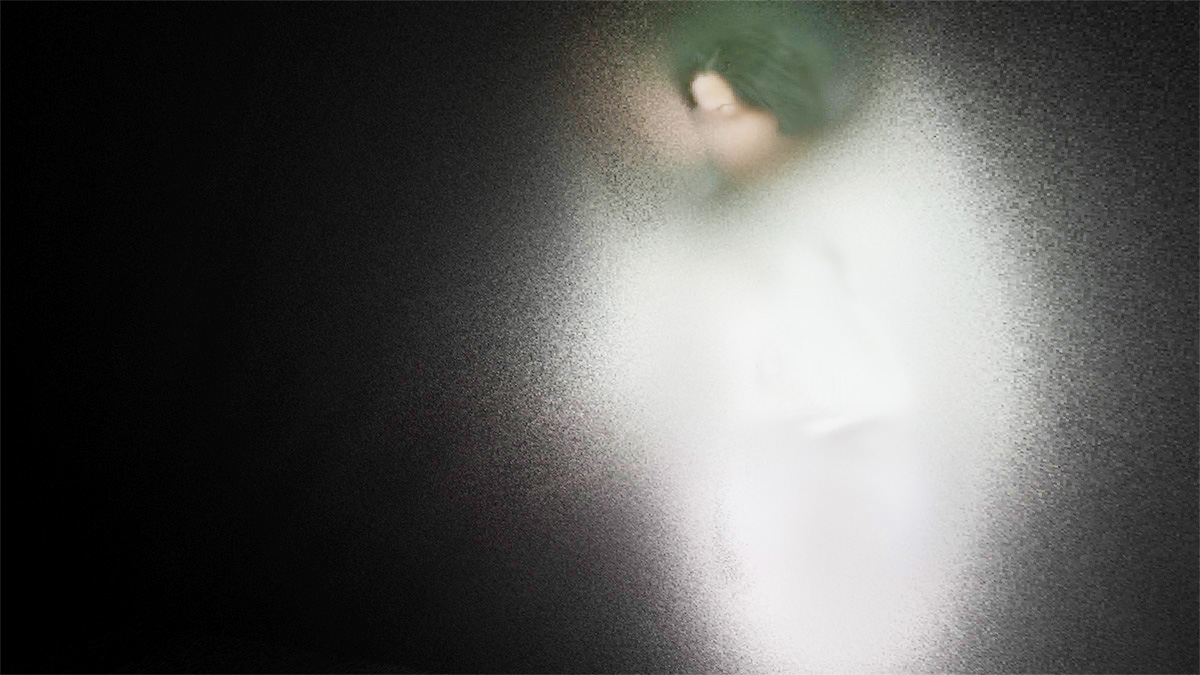 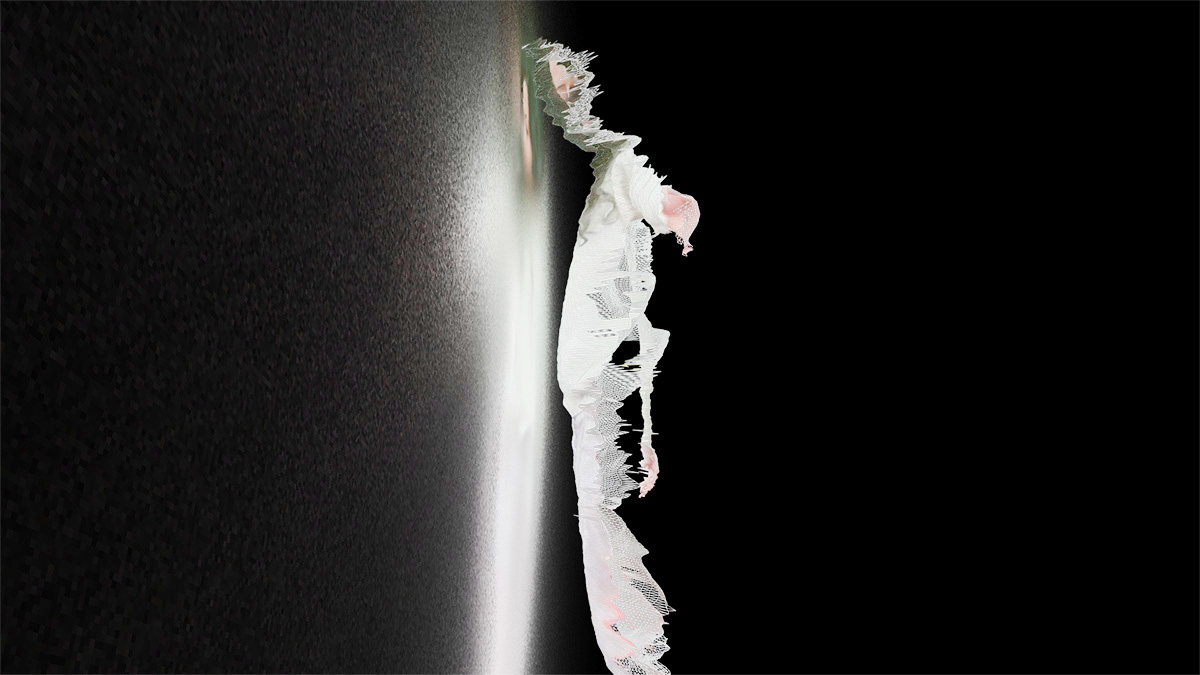 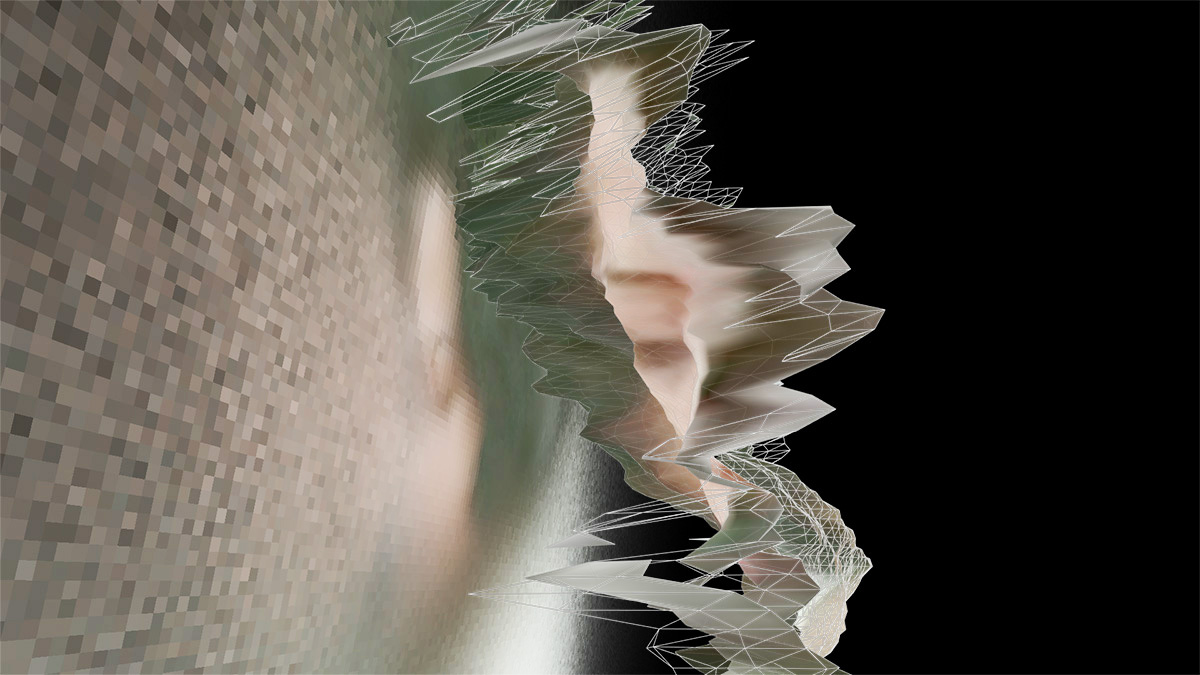 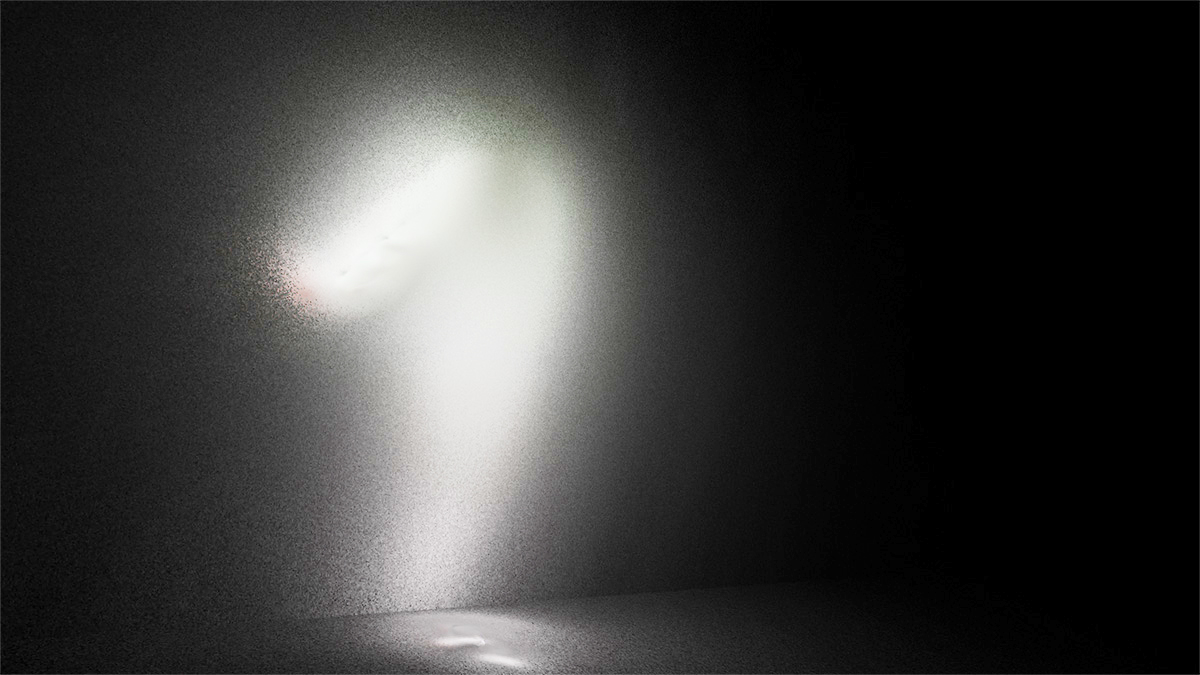 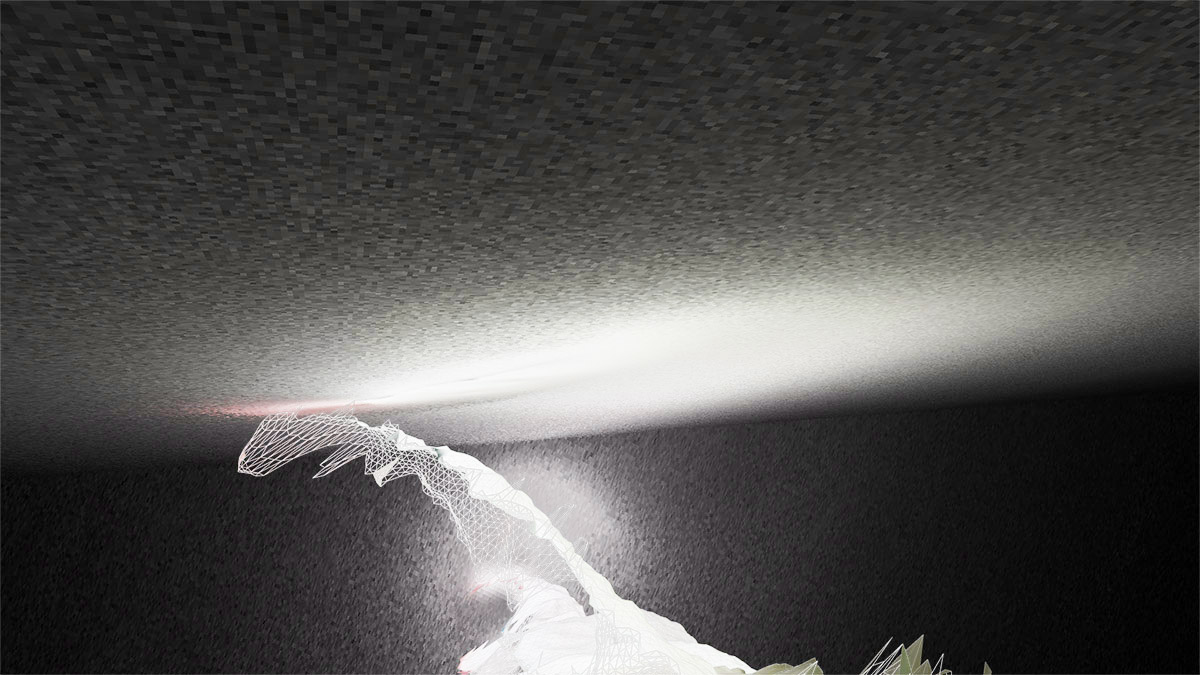 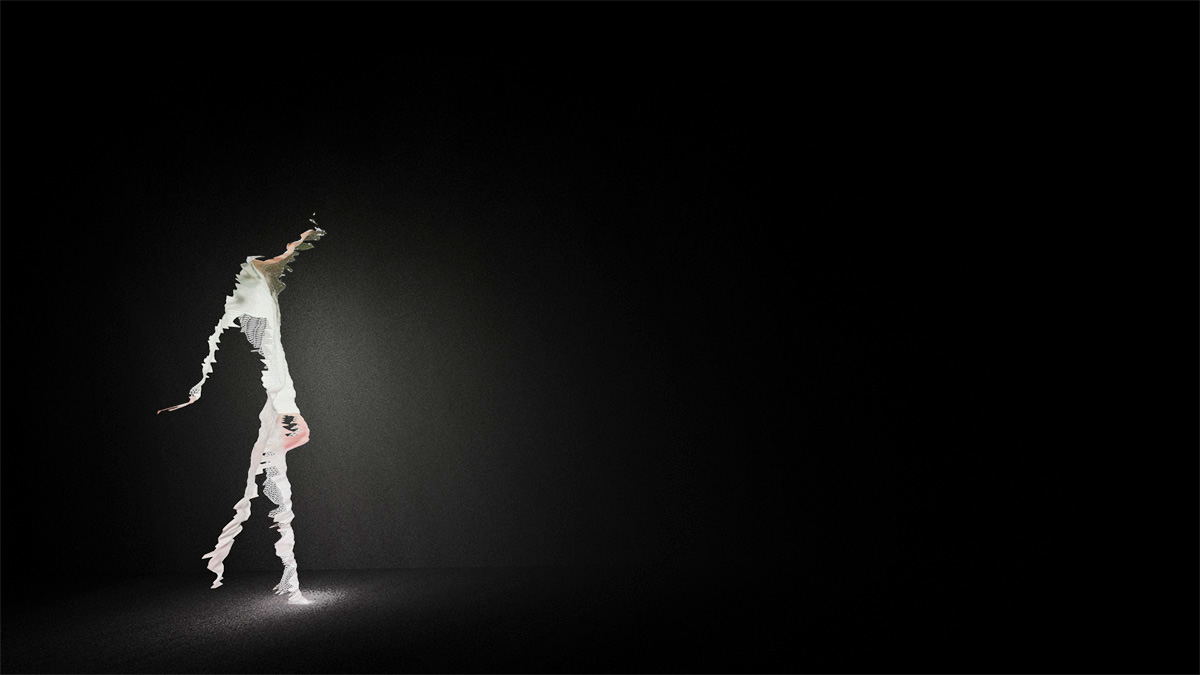