A realtime sound-reactive software visualizes the two pieces composed by Dmitri Kourliandski and performed by the Ensemble Intercontemporain. IRCAM used 24 microphones to get a separated audio signal from each instrument of the ensemble. Thomas Goepfer created a software which analyzes each signal and extract the sound information; the resulting data are sent to the realtime graphics software and used to animate the elements of the visual composition.
Abstract Birds interact in realtime controlling several parameters of the visuals and directing the camera movements. The visual artists emphasized the strong dynamic and timbric contrast between the two musical compositions by finding different kinetic and material properties for the two visual counterparts.
The monolithic structure of the pieces lends itself to an architectural / sculptural representation, in which the elements are animated and recombined changing the general order but still maintaining the global identity of the work. The observer is forced / led to change the point of view, explore the object discovering its different aspects and find out that in breaking the perceptual scheme lies the possibility of a new vision. 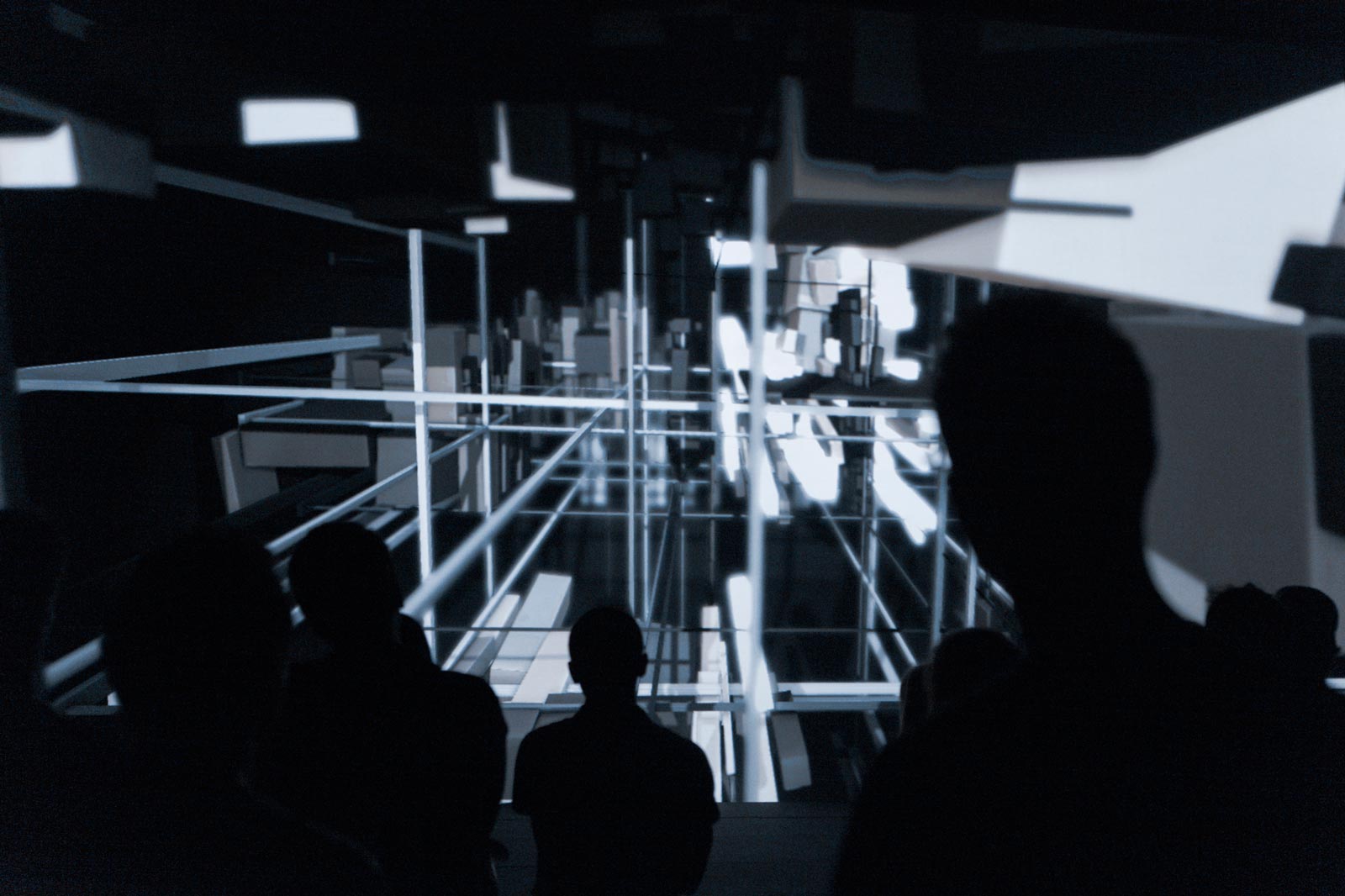 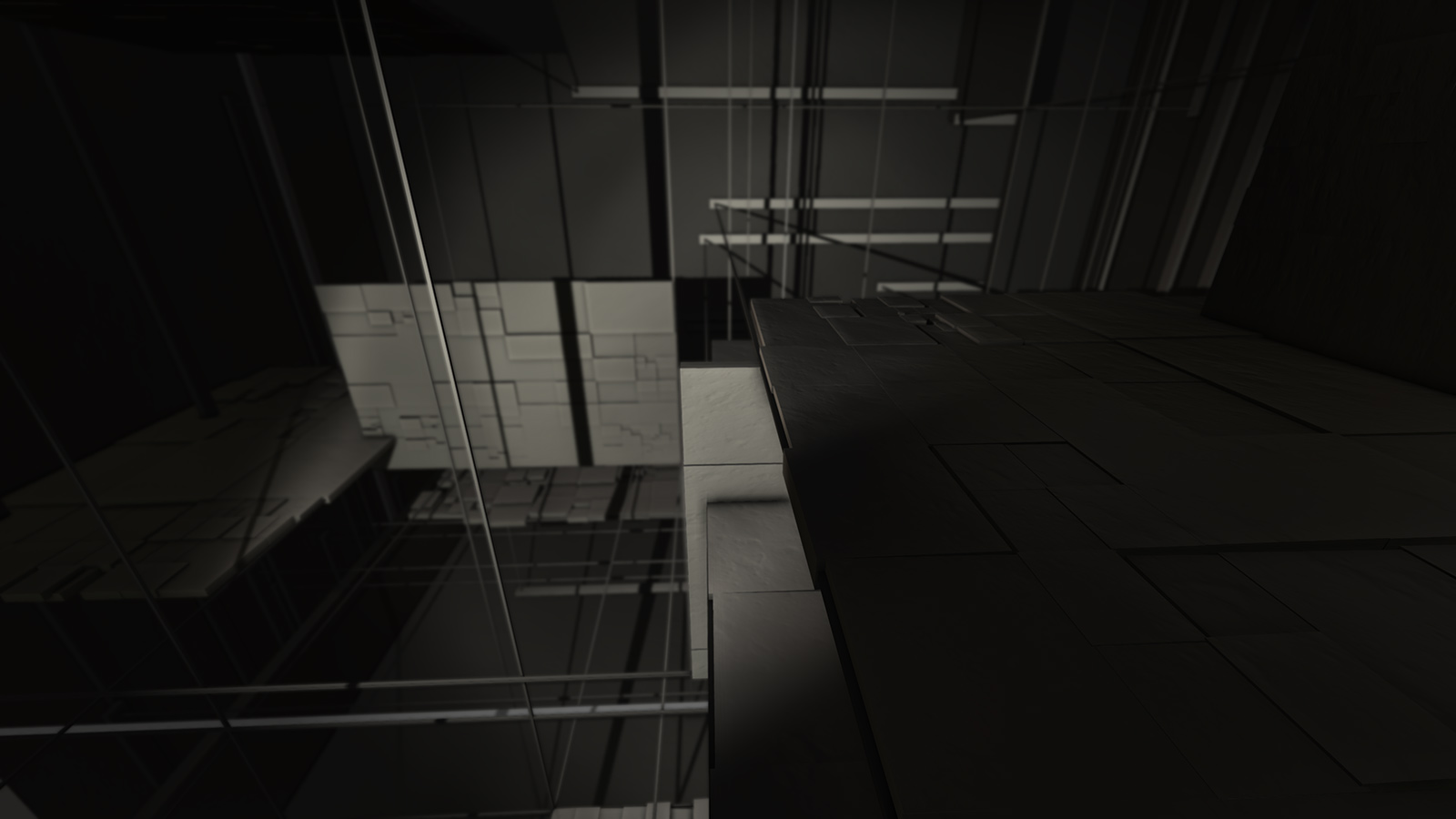 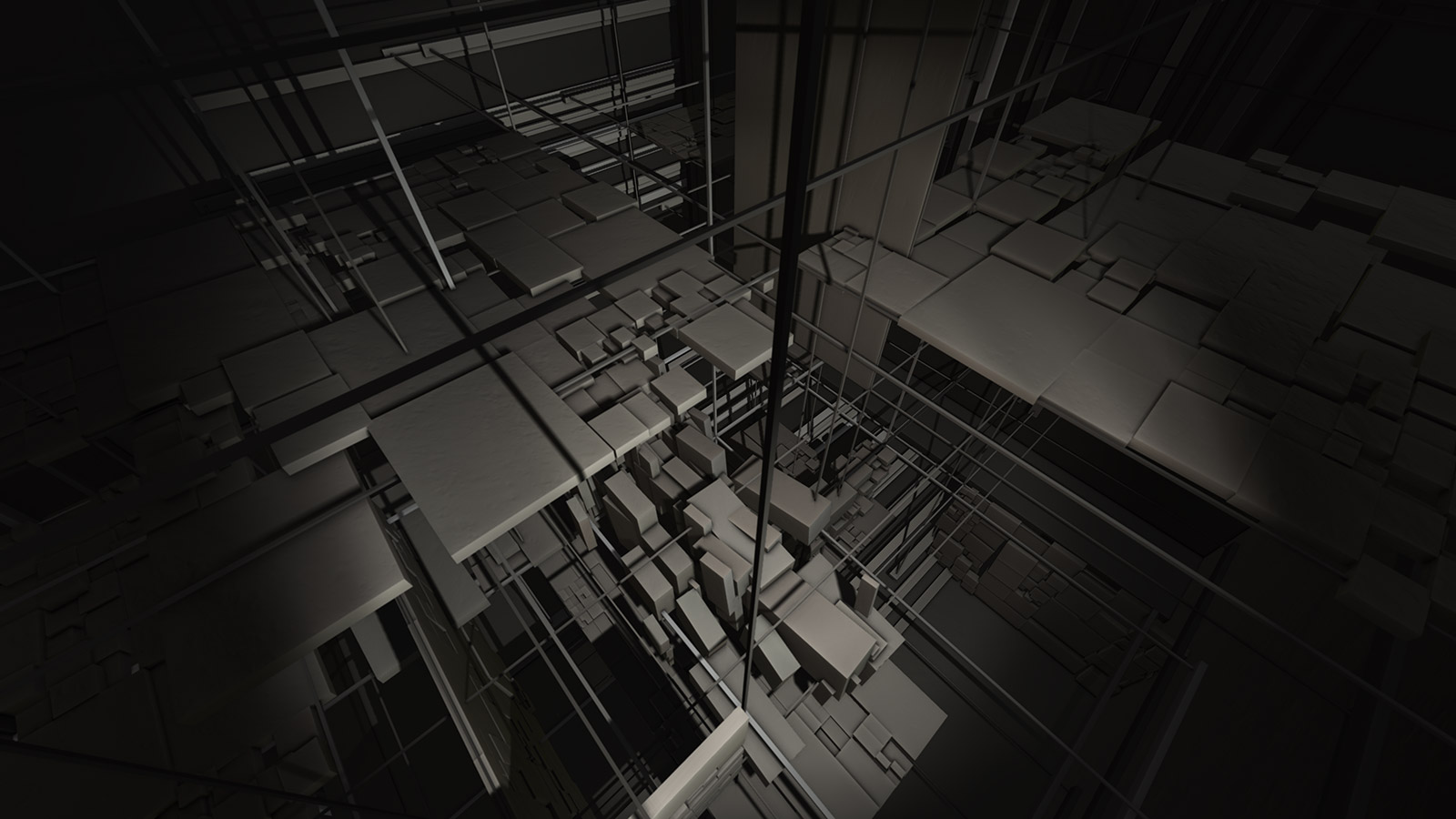 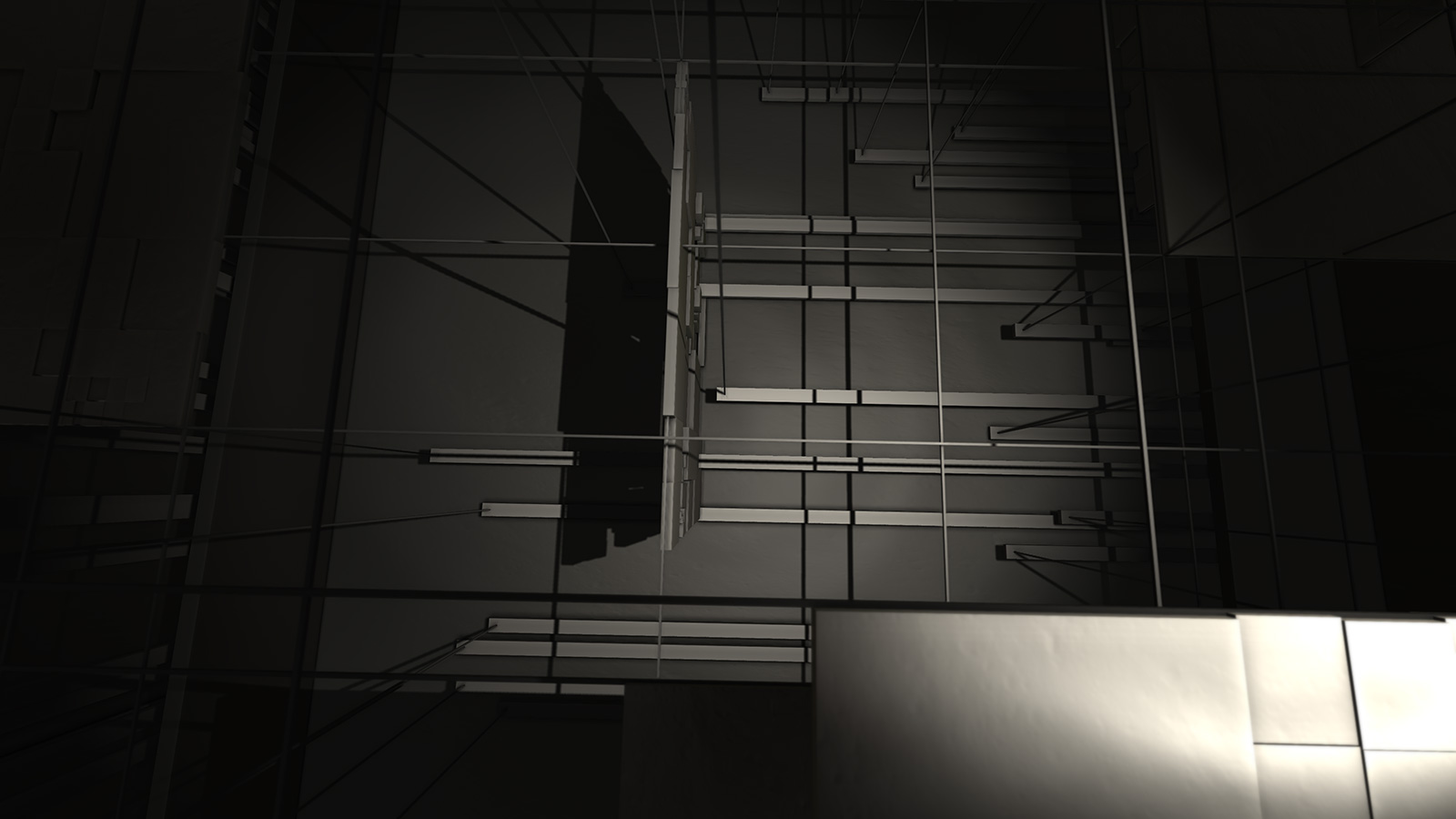 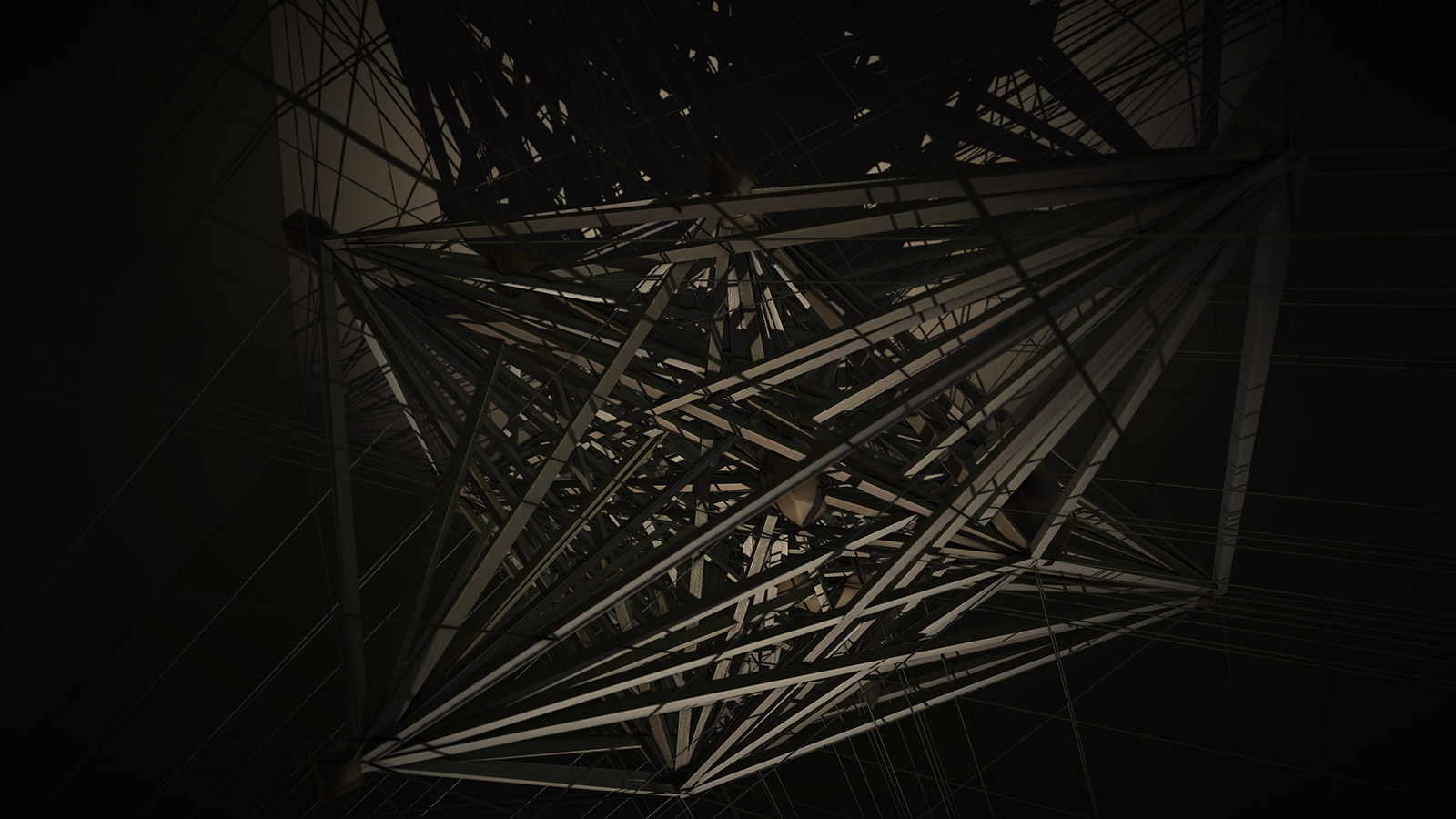 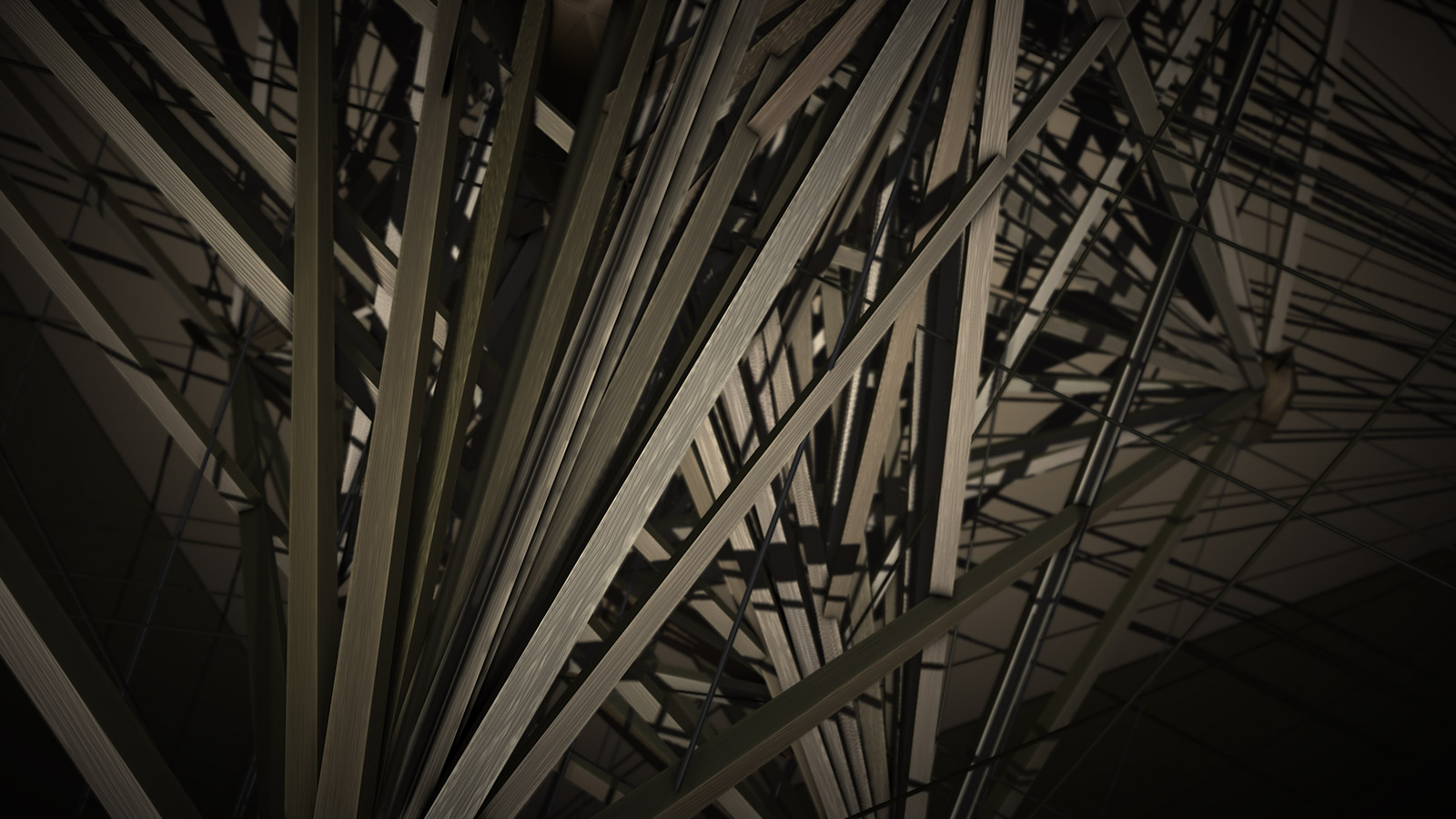 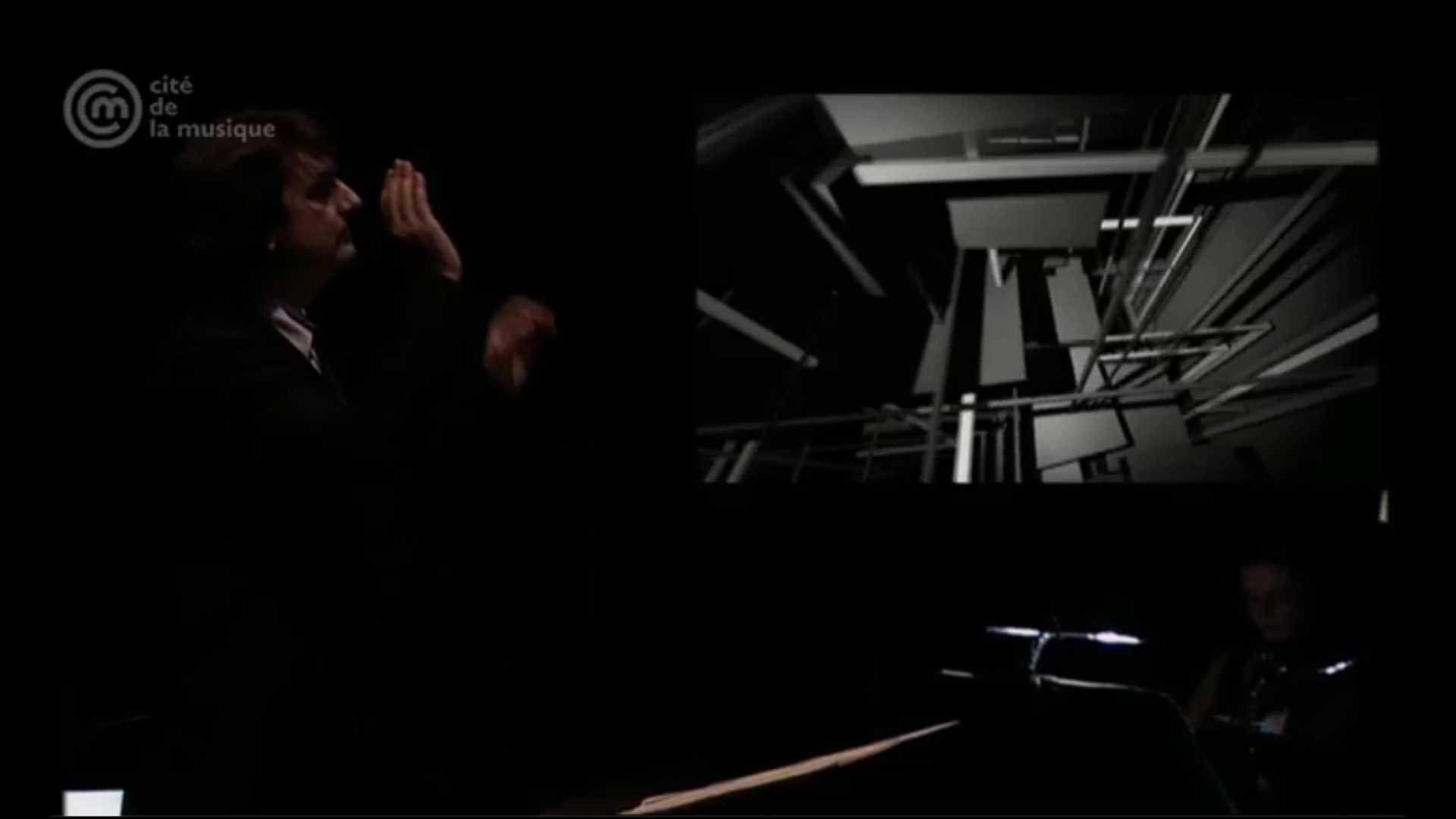 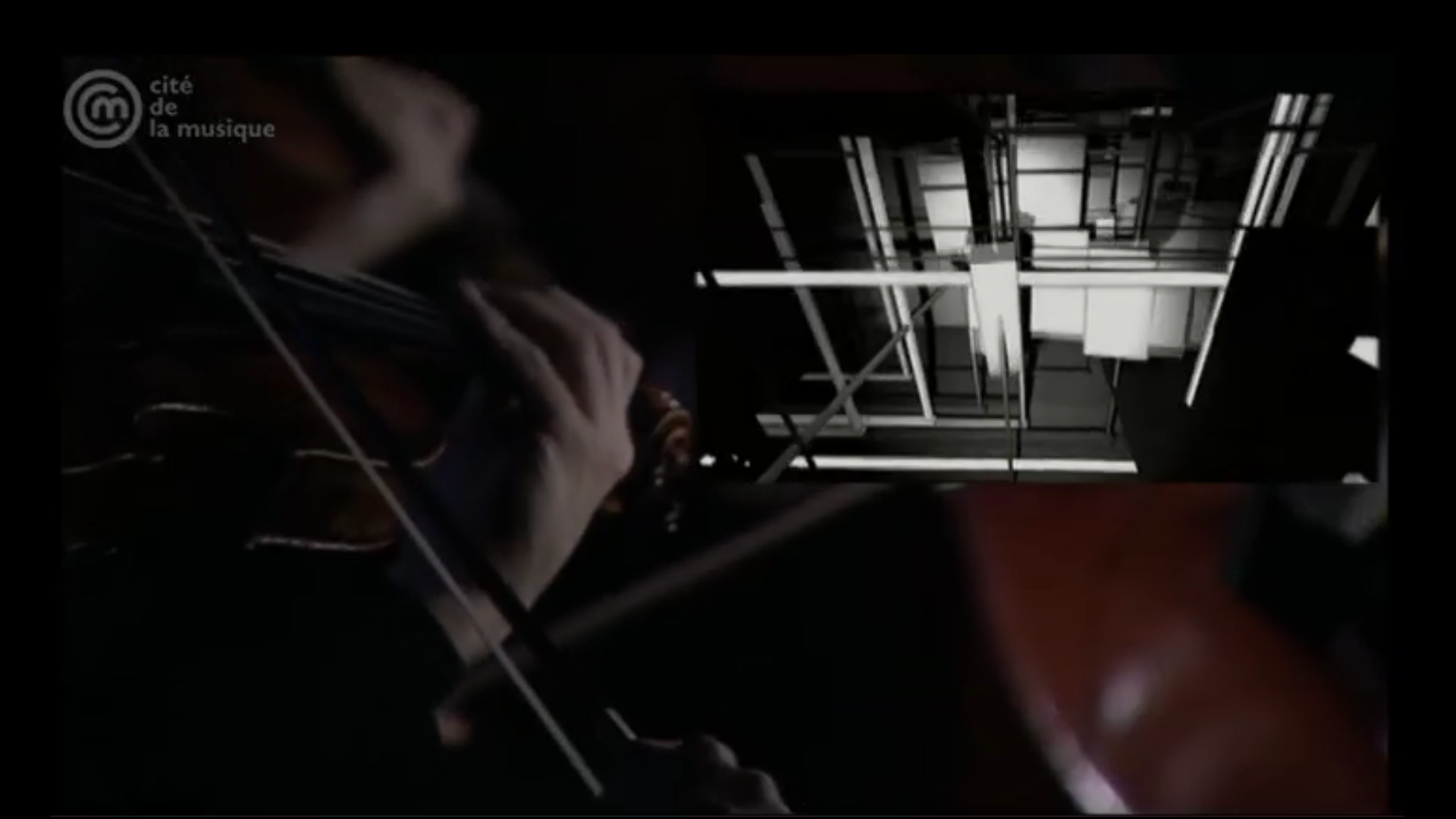 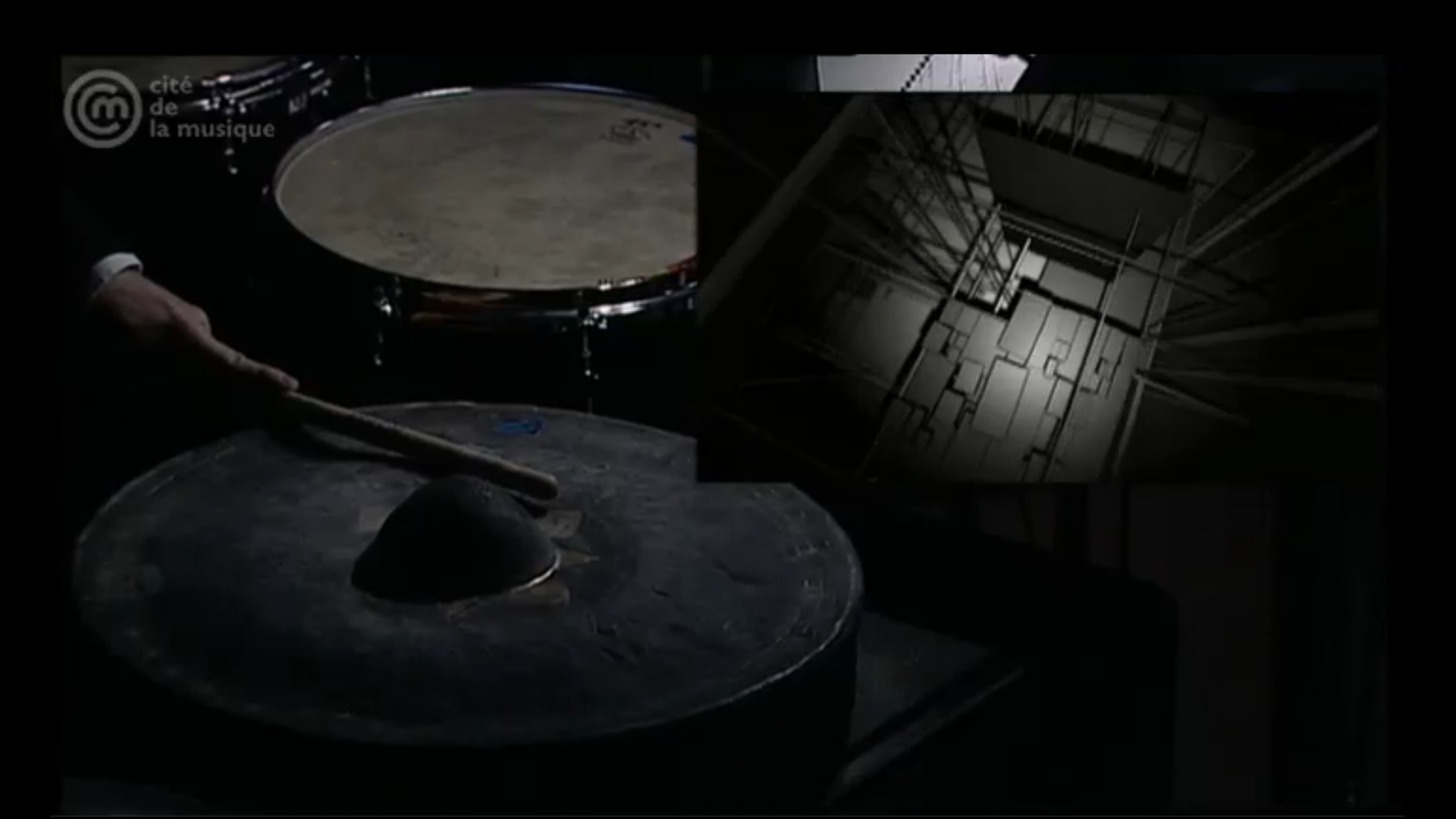 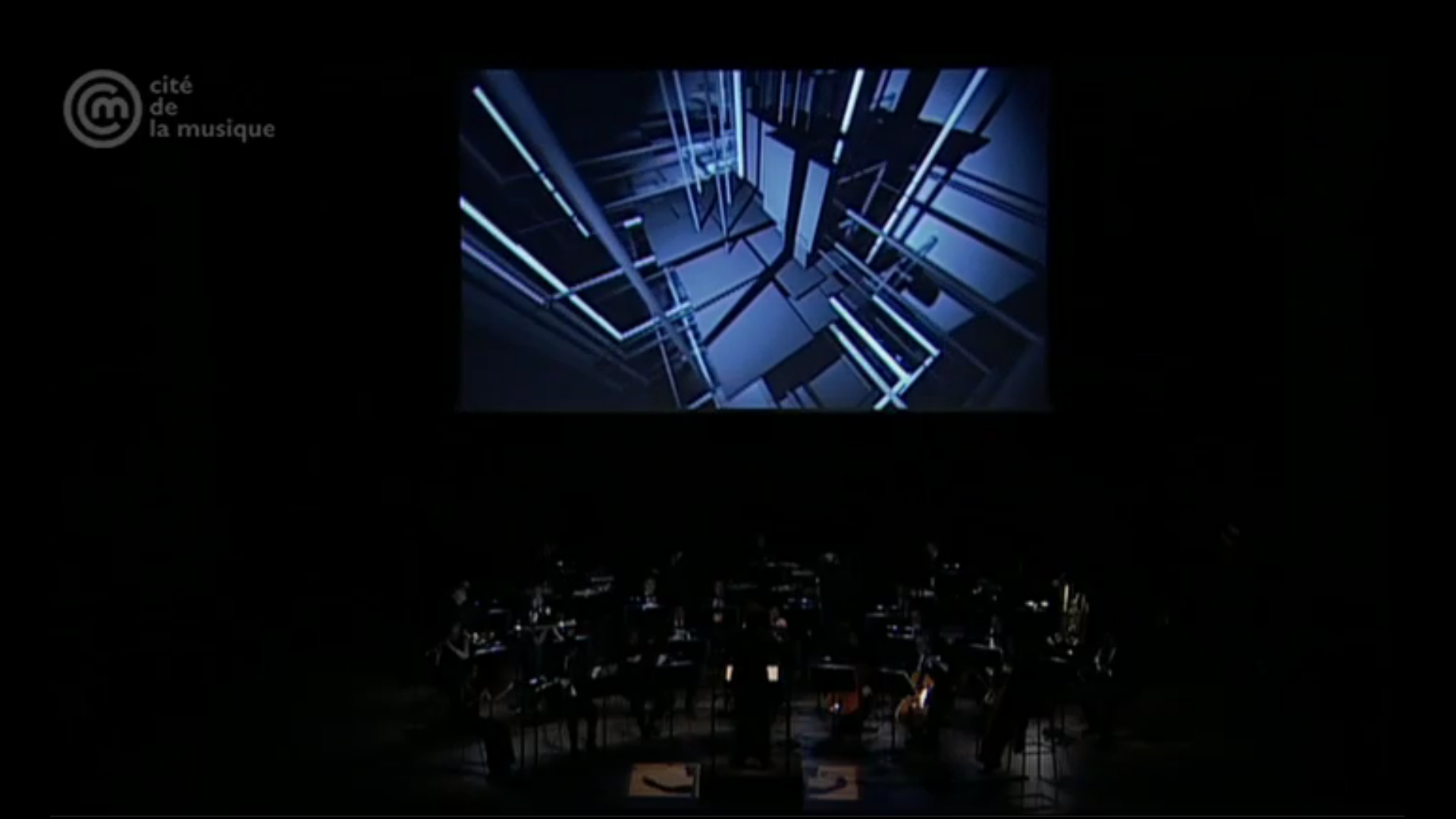 In collaboration with Arcadi, Cité de la musique and IRCAM